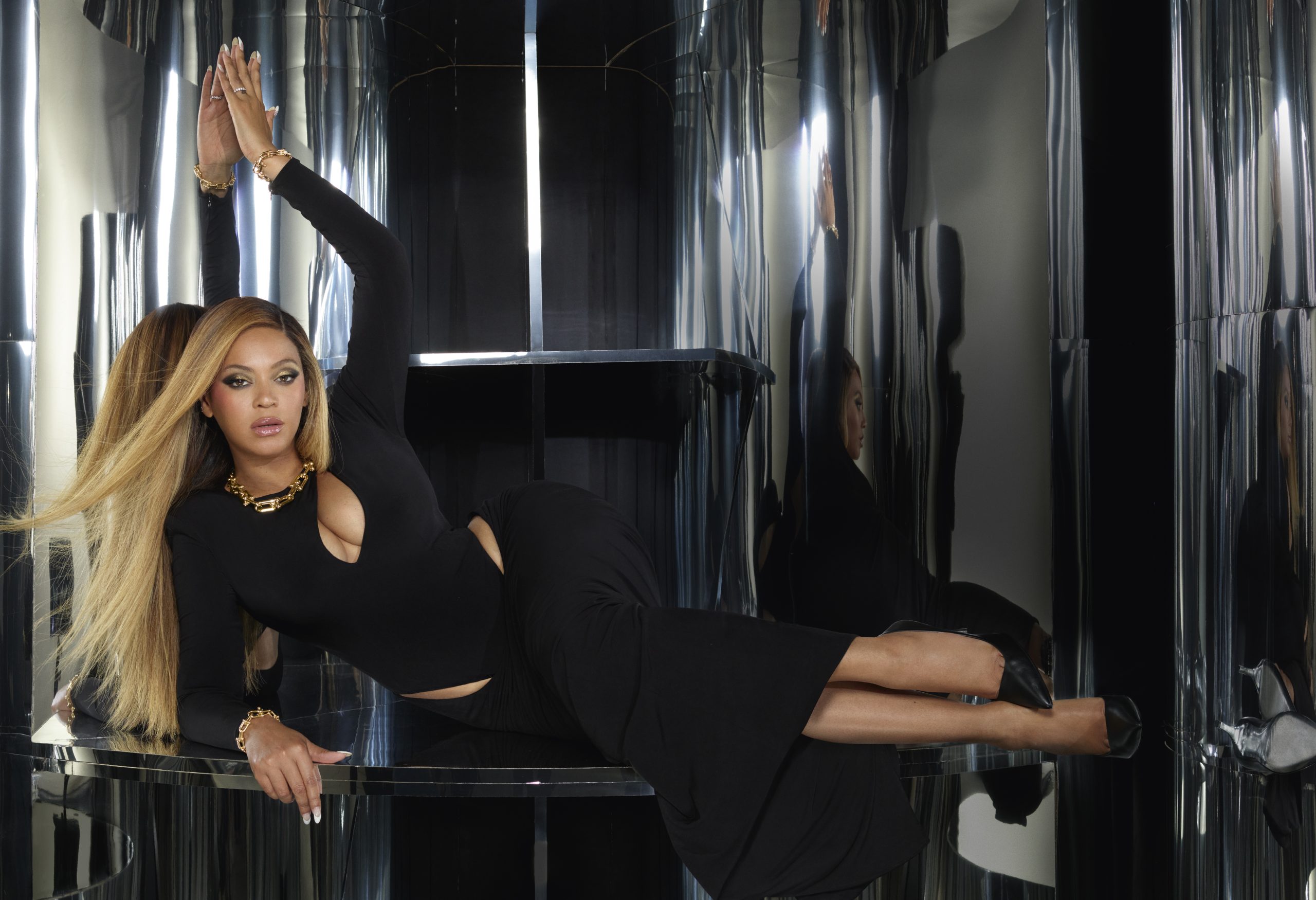 The result of a close collaboration and a shared vision between the star andTiffany & Co., “LOSE YOURSELF IN LOVE” is a fiercely elegant homage to the joy of beingone’s unapologetic self–a call to embrace the power of possibility. “An exploration of fearless creativity. “LOSE YOURSELF IN LOVE” embodiesthe beauty of self-love and empowered elegance. Beyoncé is an inspiration to so many because she embodies these qualities. We are honored to continue our partnership for the second year in a row and usher in an exciting new era of love.” –AlexandreArnault, Executive Vice President of product & Communications. “I am honored to continue the partnership with Tiffany and Co. and to explore even deeper how beautiful our connections are, when we truly celebrate the relationship and importance of love that we have for ourselves as individuals,” says Beyoncé.

A Grammy Award-winning icon, wearing Tiffany icons,Beyoncé is a beacon of confidence, wearing the pinnacle expressions of Tiffany & Co.’s jewelry collections including Tiffany T, Tiffany HardWear, Tiffany Knot and the new Tiffany Lock. House icons including pieces from Jean Schlumberger and Elsa Peretti are also featured throughout the campaign—two designers, who like Beyoncé, were pillars of fearless self-expression during their time.Most notably, the star wears acustom Tiffany HardWear necklace, created specificially for the campaign. The piece took over 40 hours to assemble and polish by hand at Tiffany & Co.’s JDIW in New York City and boasts 18k gold links three times the scale of the existing Tiffany HardWeargraduated link necklace. A limited quantity of these large-scale necklaces will be available for purchase in commemoration of “LOSE YOURSELF IN LOVE.”The print campaign was shot at Hangar Studios in Los Angeles by Mason Poole,with video by Dikayl Rimmasch, with styling fromMarni Senofonte and Patti Wilson. The set design by Thomas Petherick is a study in scale:epic wide landscape shots feature house-sized speakers in contrast to tight jewelry portraits set in smaller, intimate vignettes.A film centered around Beyoncé’s latest hit song,“SUMMER RENAISSANCE”will also launch later this falland embodies the carefree, joyous spirit of the albumas a whole. A journey of exploration and independence, “RENAISSANCE” has already received worldwide critical and fan acclaim sinceits release. Three-time Grammy Award-winning music video director Mark Romanek led the creation of the film, using the iconic Studio 54-era of New York City as inspiration.The film is brought to life through dance with choreography by Emmy-awardnominated artist, Fatima Robinson. Inclusivity serves as a common theme throughout the campaign, nodding to the overarching call to come together in celebration not only in the film but also worldwide.