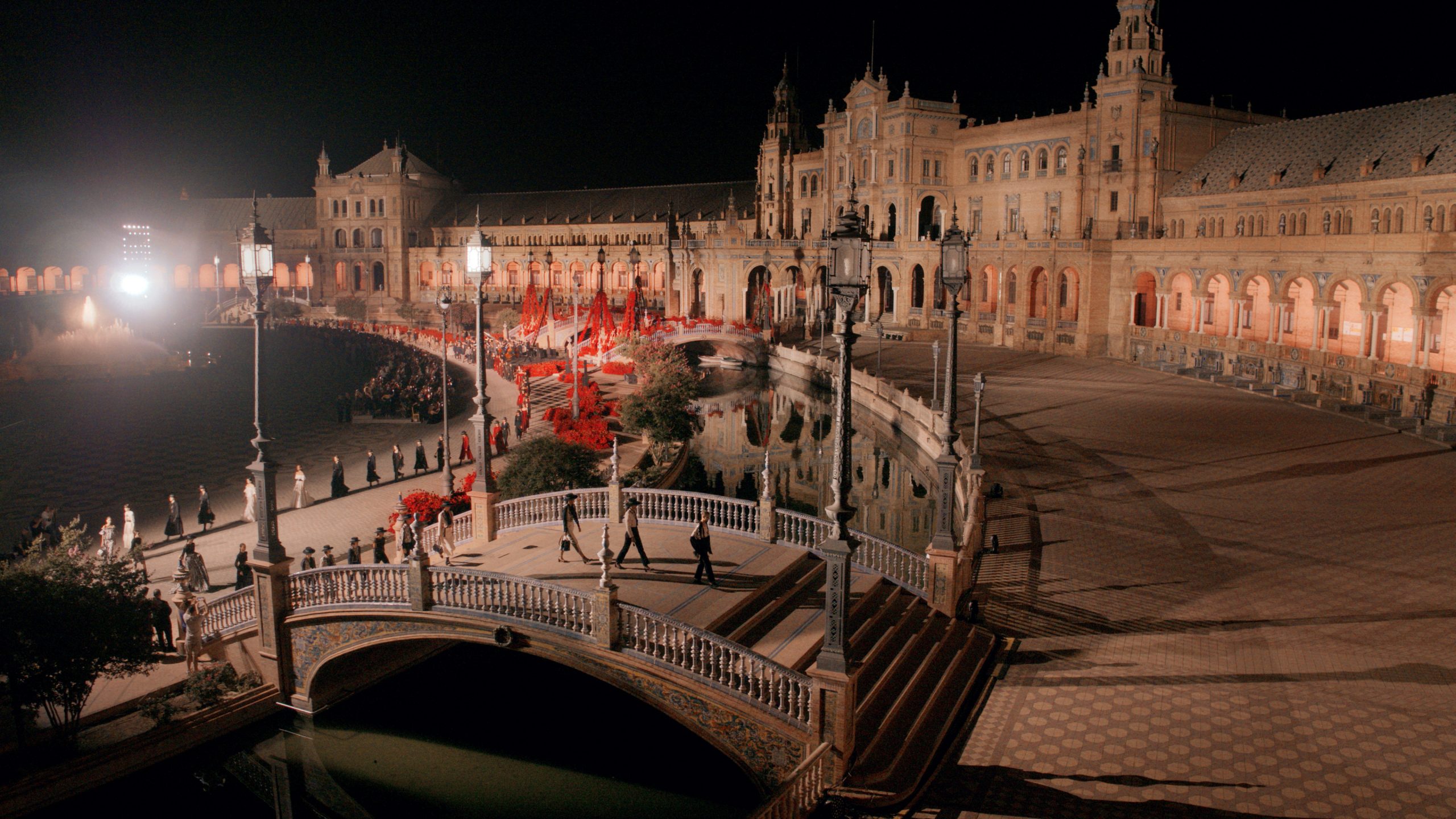 For Maria Grazia Chiuri, the Dior cruise 2023 collection is a journey of discovery and reflection. The locations chosen provide a spectacular backdrop for a procession of garments that come together to form a défilé, echoing the history of the House and its desire to seek out original collaborations inspired by their native territories.

The icon of this collection is La Capitana, the name given to Carmen Amaya. With her freedom to dance that did not submit to any rule, she represented the essence of Flamenco. An artist with singular, revolutionary movements, she was the first dancer in her field to dress in men’s clothing, combining power and fragility through her art. Expressing the soul of Spain, she continues to embody a conscious and plural femininity.

From the spring-summer 1956 haute couture Bal à Séville dress – designed by Christian Dior – to the Plaza de España – built for the 1929 Ibero-American Exposition to embrace the richness of the cultures that have shaped Spain and represent its multitudes – real and metaphorical places abolish borders by rethinking the dress codes that inspire fashion. In this intense atmosphere, depicted in the chiaroscuro of some of Goya’s paintings and through the words of Federico García Lorca, a creative process was born, melding fascination, homage, interpretation and restitution.

Among other references, the looks evoke the Duchess of Alba, a legendary character who rode horses with Jackie Kennedy in a short jacket, high-waisted pants and a wide-brimmed hat worn on an angle. But also, red, black, and mantillas. Elsewhere, the abundance of embroidery that adorns the venerated Madonna della Macarena’s gowns takes on the role of a sacred ritual in a choreography that suspends the body into an iconic image.

The emblematic Manila shawl retells the stories and journeys of the communities that created and wore it. The tale of these nomadic objects is narrated using multiple voices: note the men’s pinstripe suits, the pants worn with suspenders, the silk-lined waistcoats; the white shirts; the Andalusian horsemen’s pants; the short jackets adorned with brandebourg closures; the trimmed boleros that make the silhouette even more slender; the sleeves that can flare out like a cape. Shimmering taffeta – in red, yellow, ochre, black – is sculpted into exuberant skirts that symbolize both Dior and Spain. Carefully considered volumes elevate the contrasts; lace appears in manifold forms; the Bar jacket is reinvented in black velvet embroidered with various gold threads.

This Dior cruise event is thus transformed by Maria Grazia Chiuri into a meeting of emotions and intentions, conveying an idea of fashion that is both of the everyday and of the extraordinary, wherein the creations celebrate the multiplicity of the visions of femininity.